June 2022: „Augenblicke“: an animation workshop for children carried out by the artist Ute Gallmeister and me. The children participating live in Anklam. / Für Kinder aus Anklam im ASB Freizeitzentrum Gesundbrunnen. The workshop took place during the summer holidays 2022. Within the scope of the cultural program: Bundesprogramms Kultur macht stark – Bündnisse für Bildung.

May 2022: „Die Angst hat keine Beine“ was a literary film workshopfor children in the village Quellendorf together with the author Dora Kaprálová.

Februar 2022: „Augenblicke“ was again an animation workshop for children carried out by the artist Ute Gallmeister and me. The children participating live in Anklam. / Für Kinder aus Anklam im ASB Freizeitzentrum Gesundbrunnen. The workshop took place during the winter holidays 2022. Within the scope of the cultural program: Bundesprogramms Kultur macht stark – Bündnisse für Bildung.

November 2021:”Fern und Nah“ was again an animation workshop for children carried out by the artist Ute Gallmeister and me. The children participating live in Anklam. / Für Kinder aus Anklam im ASB Freizeitzentrum Gesundbrunnen. The workshop took place during the autumn holidays 2021. Within the scope of the cultural program: Bundesprogramms Kultur macht stark – Bündnisse für Bildung.

September 2021 „Täglich grüßt der Zufall“ was an animation workshop with children from the school Schule am Stettiner Haff Zirchow in the framework of the cultural program Künstler für Schüler. It was a great colaboration with the artist Ute Gallmeister.

June 2021 AUSFLUGSZEIT – A film inspired by Anna Seghers story The Outing of the Dead Girls (1944) (Der Ausflug der toten Mädchen). Filmed with students from Anna-Seghers-Gymnasium Berlin and with the poet and author Kerstin Hensel.

Translation of Dora Kaprálovás “Letters to the dead” from Czech to German for the Czech Cultural Center in Vienna. Have a look!

Starting my Journastic fellowship at the FU and thus continue my work about the Karl-Marx-Allee in Berlin. Updates will follow soon.

My first online workshop with children from a primary school in Anklam started in June. An interesting experience- Even though it worked very well in a way, a classic workshop is much nicer and more intense. So we met in September in Anklam and spent three great days where the children could finish their films they started in June. This online – offline combination was really great.

The exhibition “Kosmos Heartfield” at the Akademie der Künste is open and you can see the workshop film “Inspirationen” made by students from Zatlanka Gymnázium Prague last November and finished in this year also there. Or on the website. Due to covid 19 you have to order a ticket beforehand.

Due to the covid 19 situation all workshops are stopped. But with the support of the Kunstwelten, a program of the Akademie der Künste Berlin, I started a youtube channel for children.

Translation of Dora Kaprálovás text “The hundred year old fox in the park” from Czech to German for a German radio project by Horizon Factory.

Ongoing photography workshop with children from a refugee house in Berlin. 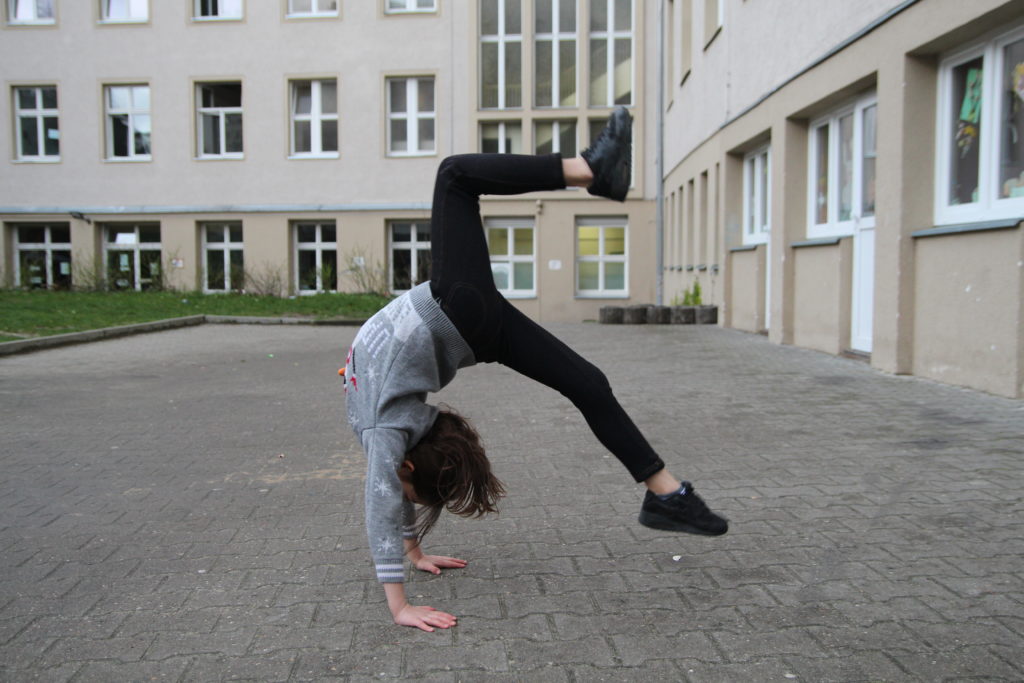 John Heartfield in Prague – a workshop film inspired by John Heartfields works and his life, realized by students from Prague. The finished works should have been presented during a exhibition at the Akademie der Künste in Berlin Kosmos Heartfield.  Due to the covid 19 situation the exhibition is online and the film from Prague too.

My second film with children from a kindergarden.

February 2019
A filmworkshop with 17-19 year old at the beautiful Lubmin. With Aleksandra Odic we spent intensive 5 days at the sea. The young people decided to film a short mystery-horror comedy.

October 2018
Filmworkshop in Zerbst with 4th grade school children. The children decided to put Astrid Lindgrens protagonists in a detective – space story. With Aleksandra Odic and the children we had quite a wild time.

June 2018
Photographs in Host, Czech Magazine. A reportage about Rixdorf in Berlin written by Dora Kaprálová.

New workshopfilm from the Akademie der Künste “Tonlexikon” an experimental photographic film with 3rd grade school children. One of my favrourite.

January 2018
5 Workshopfilms finished.
I cannot tell which one is my favourite, I like them all.

July 2017
A video installation about Romanticism today is exhibited in the Runge House in Wolgast. Tue-Sunday 11 a.m. till 4 p.m.

March 2017: A music video for Joe Kučera and Carlos Mieres is here.
The 7th of March we had a concert in the wonderful Speiches Rock und Blueskneipe Berlin.

check out the interview on rock radio.de on Sunday the 12th at 2p.m. an interview with Joe Kučera and at the end also with me.

December 2016: two new workshop films with children (4th and 6th grade) during Kunstwelten (a program of the AKademie der Künste Berlin) once in Torgelow and once in Bitterfeld-Wolfen.

June 16 – Stadt der offenen Türen / DEMOPOLIS open city – public places
new workshop films made at the Akademie der Künste zu Berlin with young people from the Karuna house e.V. who made plans for a city they would like to live in.

January 16: Once more new stopmotion films made with children from Berlin:

December 2015 The new stopmotion short made with children is online:
Dream diary – inspired by Alice in Wonderland. Enjoy!

May 2015
New workshop film finished. This time Hansel and Gretel. You don’t have to understand German I think:

This film was realized with children around the age of 8 and 9 during a stop motion workshop in Berlin. In five days the children built the set and wrote the screenplay. One month later another group of children of the same age worked on the animation, the songs and sound design.
And for me it was the first time to edit in Lightworks. It worked well and was fun.

August 2014:
The Future Works DVD is out! Hooray!
Design: Superultraplus 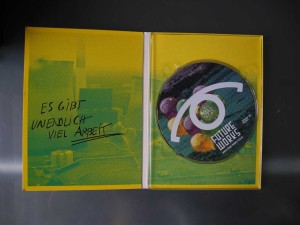 June 2014
Again a new pixilation workshop film is finished!
AusFlug – ExCursion 2014
This film was realized with children around the age of 8 and 9 from the Gebrüder-Grimm-Grundschule Anklam during a pixilation workshop in the course of KUNSTWELTEN (Akademie der Künste & Bundesagentur für politische Bildung). In five days the children experimented with pixilation wrote a story and made a lot of pictures. It was great fun as always, also the postproduction. 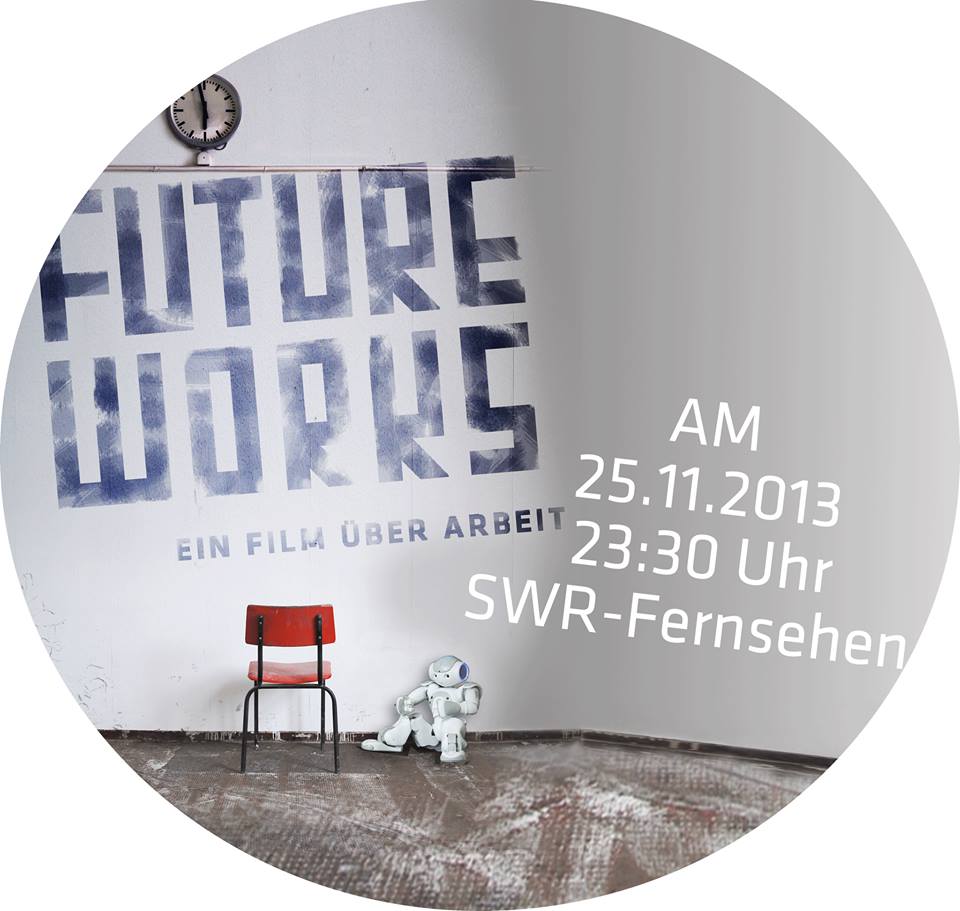